quokka is an interactive file renamer, which helps to rename multiple files in a systematic manner.

It provides a set of rules:

with options for fine control. You can combine these rules as you want by adding them into the rule chain. Editing each rule and the rule chain is performed interactively as you do in a shell prompt. The following, for example, shows how to rename files' extensions to .node using quokka: 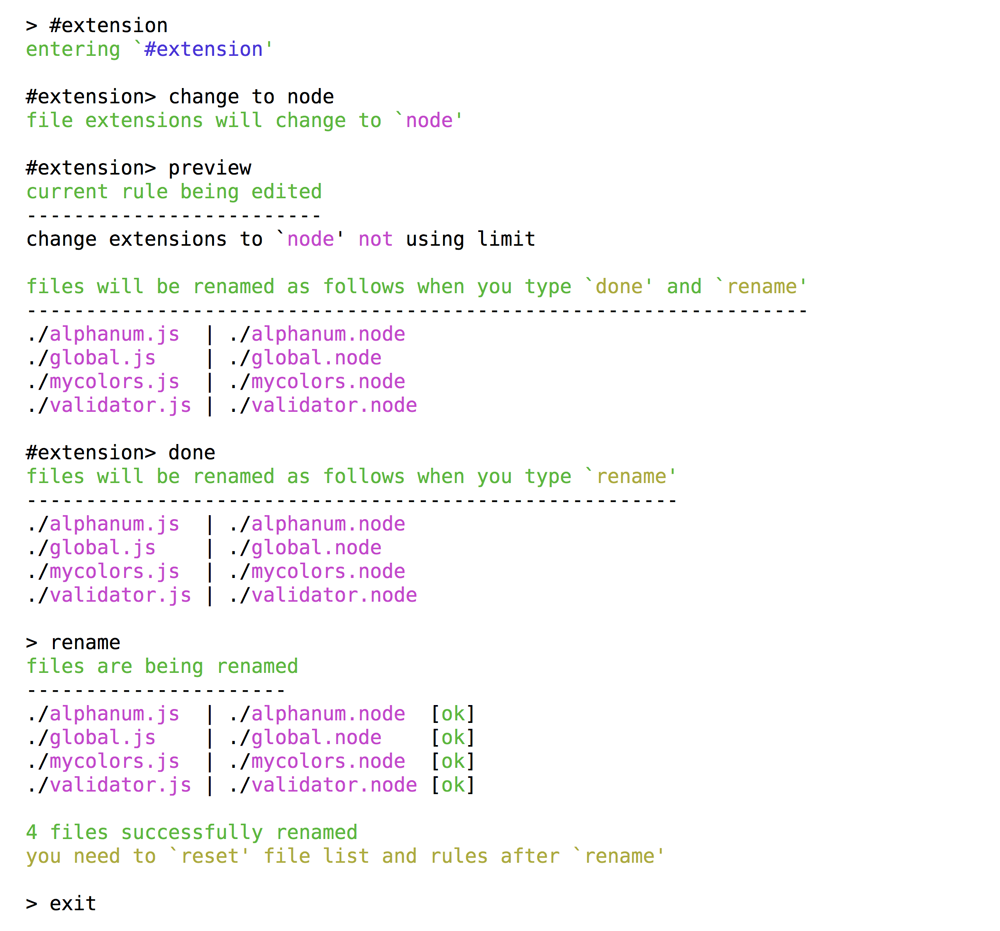 where > indicates a quokka's prompt and #extension before it shows the user is editing the #extension rule. Typing help lists what commands quokka accepts in general and in a specific rule mode. (In fact, quokka displays characters in color for better readability.)

Even if its source code contains some stuff related to MS Windows, it currently supports and is tested only for Unix-like environments. For now, nothing is guaranteed for MS Windows.

Among libraries used, alphanum.js has been modified to meet quokka's needs; it has been modified to behave in a more similar way to ls -v and to return the sorted array instead of nothing. If you need to replace that module with, say, a updated one, it is necessary to apply these changes properly.

quokka had used Mercurial (which is also and commonly called hg) as its repository, and moved into git to be published on github. You can browse the repository through the web, or clone it as follows:

quokka employed github for its issue tracker. If you'd like to file a bug or ask a question, do not hesitate to post a new issue; a self-describing title or a short text to deliver your idea would be enough. Even if issues I have posted are all written in English, nothing keeps you from posting in Korean.

LICENSE.md describes the license imposed on users of quokka.